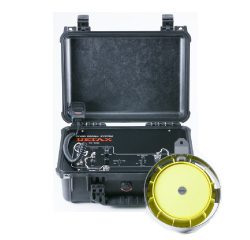 Divers can hear the instructions on board directly in underwater.

“Diver Guard (AQ-50S)” enables transmission of safety instructions and allows emergency contact with divers underwater. It can withstand 10m water pressure (patented). The diver underwater can hear the transmitted voice directly, without the need for any receivers. Since the voice of the device is transmitted very clearly under water, it can be applied for water accidents, floods, and diving training. With the built-in underwater microphone you can pick up underwater sounds and so it is also applicable for whale watching. 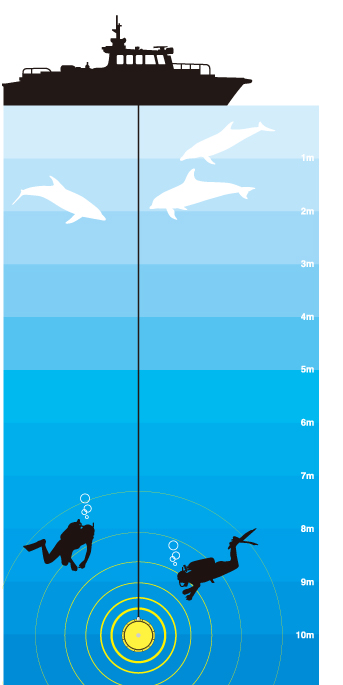 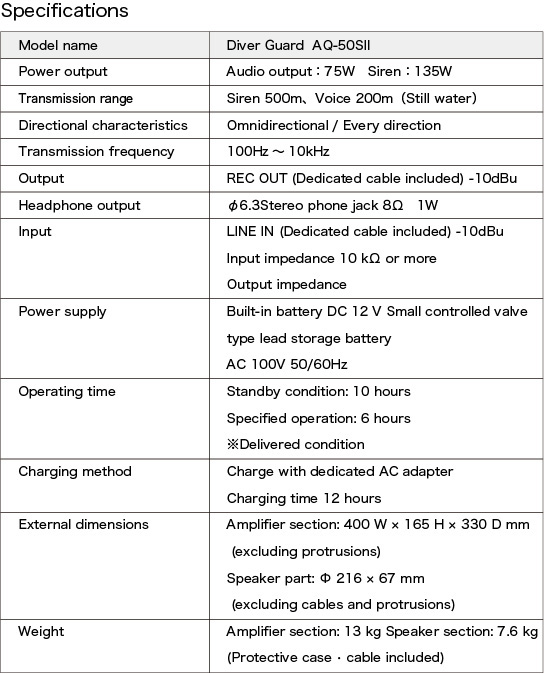 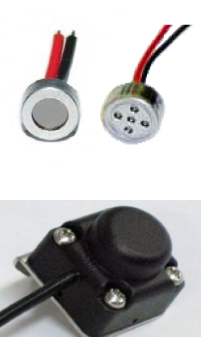 It is a multifunctional acoustic sensor with complete waterproof / pressure resistant by the sealed resonance method of original technology. It is a sound collecting sensor that can withstand the use of harsh environments underwater and outdoors. In addition, it is possible to collect minute microphones and convert them into data using software. Compared with ordinary sensors, the cost is low, miniaturization and simplification of the internal structure are easy, so mass production effect is high and development speed becomes faster. 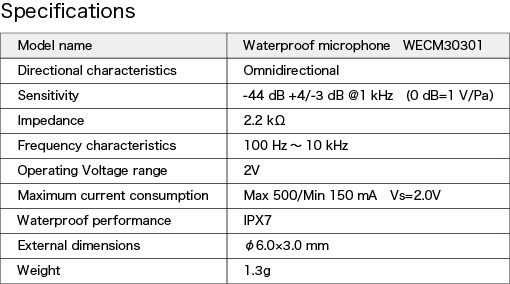 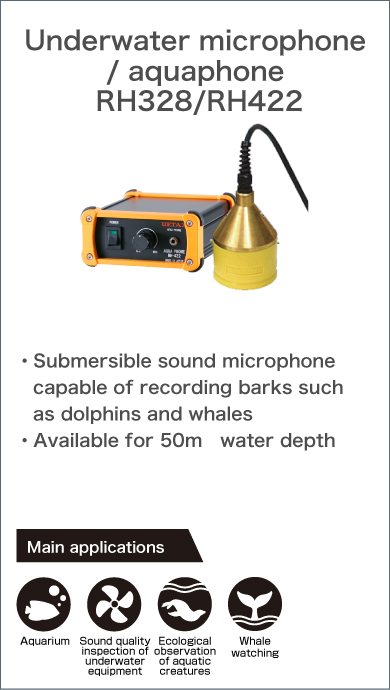 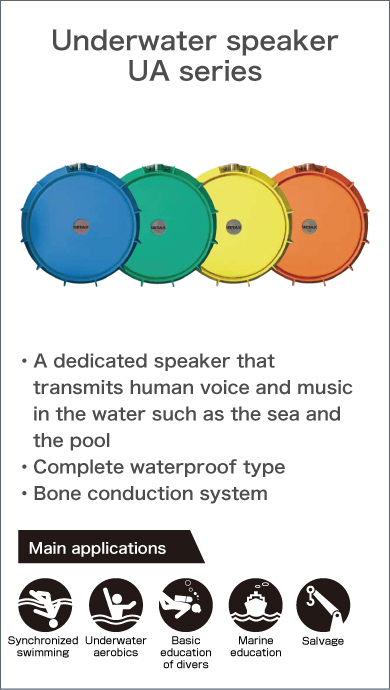