CM Fiber Cassette is a new environment improvement product which is easy to install and first-ever before. Submerge the CM Fiber Cassette into the separation tank of the grease trap. It suppresses the occurrence of scum (putrefactive layer) and drastically reduces malodors. 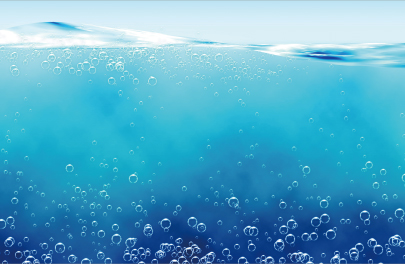 Scale and slime attached to piping and heat exchanger inside the cooling tower are serious obstacles for heat exchange.
CMF Cassette reduces the operating load of fans and pressure of pumps after removing scale and slime. Installing the CMF Cassette in the separation tank dramatically reduces the gas generated by the grease trap, it prevents the occurrence of scum and greatly reduces offensive odors. 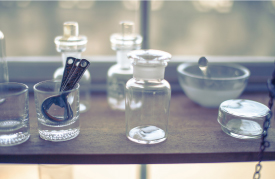 CMF Cassette reduces the frequent use of chemical agent, achieves safe and efficient environmental improvement. Conventional maintenance methods using chemicals are considered to be difficult to respond to future environmental standards due to wastewater and other problems.
CMF Cassette is a non-chemical product. 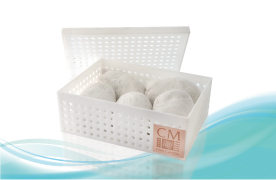 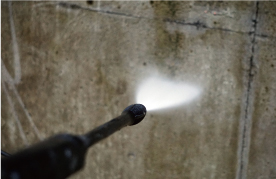 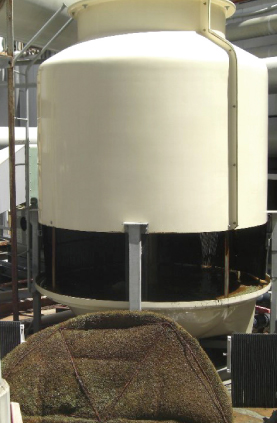 1) Dirty water in the cooling tower
before cleaning 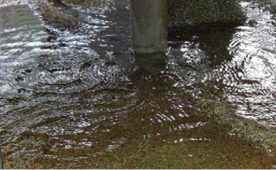 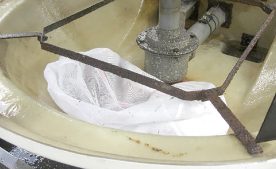 4) Clean water after installation one year 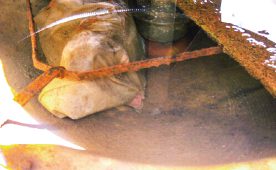 CM Fiber Cassette installed under the silencing mat in the cooling tower as a result of one year experiment without chemical agent, there was almost no emergence of algae, scale and slime.
Therefore CMF was able to keep water quality after cleaning a year ago.

CM Fiber Cassette installs the inside of the grease trap after cleaning and improves the water quality environment. Note: Grease trap
Grease trap is a type of blocker that prevents cooking oils and foods such as fat, waste rice, and waste vegetable from flowing directly into the sewer system. 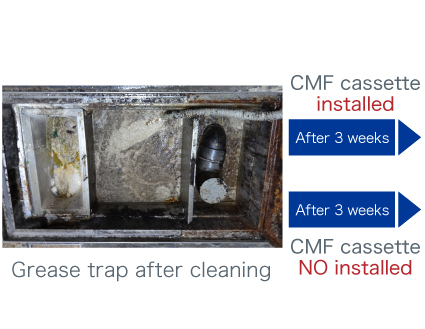 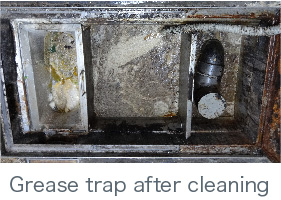 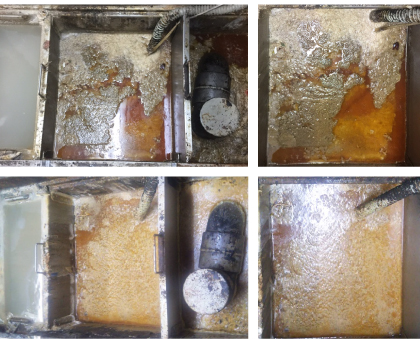 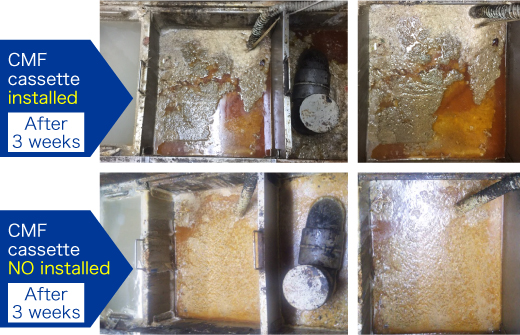 After installing the CM Fiber Cassette in the second sink of the grease trap, the smell was resolved after one week. Comparing the second sink after 3 weeks, the occurrence of scum was drastically reduced.

CM Fiber is fiberized by melting special clay mineral (CM) in Polypropylene (PP), and it has a character of hydrophilicity as distinct from PP feature.
“Patent pending” Progress report at a university in Japan
(An ongoing experiment) After installing CMF Cassette, the positive value of ORP (oxidation reduction potential) is decreasing in all of circulating water, mineral water (Evian) and groundwater. 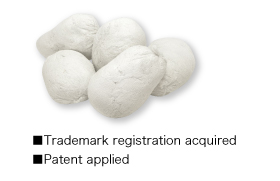